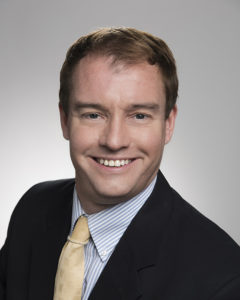 A principal of Klein & Alvarez Productions, LLC, Klein is a songwriter/composer, music director, producer and record producer. He has also acted and performed in several musical theatre productions and written several children’s plays as well. Klein holds a bachelor’s degree in music from Indiana State University. He also attended Butler University and received his Master of Music degree in 2010. He is an educator at The Orchard School, where he has been the choir director and drama teacher for 15 years, directing numerous musicals and plays. He has also participated in musicology seminars and conferences in Europe, was awarded two grants from the National Endowment for the Humanities to study Bach and Mozart, and directed an opera in summer 2014 at the Bach-Archiv in Leipzig, Germany. He has studied and played piano for 25 years and performs for private events throughout the Indianapolis area. Klein also instructs and coaches several private students in voice and piano studies. Most recently, he was the co-writer, co-producer, composer and music director of “Calder, The Musical,” the best-selling show of IndyFringe Festival 2016 and a top-selling, full-length production presented at IndyFringe Basile Theatre in January and February 2017. Klein also co-produced and performed on the “Calder, The Musical” CD cast recording. 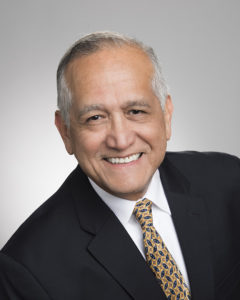 A principal of Klein & Alvarez, LLC, Alvarez is a freelance journalist. For 40 years, he has covered theatre, dance and music for numerous publications. He appears on WISH-TV’s “Indy Style” as a regular contributor and writes a blog, “On the Aisle,” on his website TomAlvarez.studio. Most recently, he was the co-writer, co-producer, lyricist and producer of “Calder, The Musical,” the best-selling show of IndyFringe Festival 2016 and a top-selling, full-length production presented at IndyFringe Basile Theatre in January and February 2017. He also co-produced the “Calder, The Musical” CD cast recording. An actor/model, Alvarez has appeared in hundreds of print ads and numerous videos and TV commercials. He is represented by Helen Wells Agency and Heyman Talent Artists Agency. As a performer, Alvarez has acted in community theatre productions and sang with the Indianapolis Men’s Chorus. After studying speech and theatre at Indiana University, he began his career at RTV6, where he was employed for 15 years as a producer/director and on-air talent. As an entrepreneur, he owned and operated The Alvarez Group, a film and video production company for ten years. During that time, he produced an Emmy-winning documentary titled “James Dean and Me” that aired in 1996 on the TLC television network. Also an arts administrator, he was the managing director of the Edyvean Repertory Theatre and executive director of Ballet Internationale. A community leader, Alvarez has served on numerous committees and boards, including the Phoenix Theatre, of which he was a founding member.